My husband surprised me with this book for Christmas, meaning it was not one that I had asked for beforehand. Another surprise was how much I enjoyed reading it. It is a big book and I initially ... Read full review

My mother bought this book when it was fairly new. She was fascinated with art, celebrity and popular culture--which made this book a perfect fit for her. Often she had insomnia, but this book is so ... Read full review

References to this book

Born near Pittsburgh, Pennsylvania, of immigrant Czech parents, American artist Andy Warhol studied art at the Carnegie Institute in Pittsburgh. He then worked as a commercial artist in New York City. In the early 1960s, Warhol became the most famous pioneer of "pop art," which used comic books, advertisements, and consumer goods as subject matter. Warhol's colorful paintings of Campbell's soup can labels, boxes of Brillo pads, and celebrity icons such as Marilyn Monroe, became among the most recognizable examples of pop art. Warhol was also a filmmaker as well as a painter and graphic artist; his more memorable films include Trash (1969) and Frankenstein (1973). His studio, called "The Factory," became infamous as a locale for eccentrics and eccentric behavior, much of it associated with the New York drug scene. It was Warhol who predicted that, "in the future, everyone will be famous for 15 minutes. 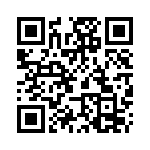