Born in Coventry, the heart of Britain's motor industry, Brian Long is a professional writer with a passion for vintage machinery. A trained mechanical engineer and a former board member of the Daimler & Lanchester Owners' Club (as well as founder of the XJ Register), he has had strong links with the factory for two decades. Married to Miho and with two children (Louis and Sophie-Mercedes), he now lives just outside Tokyo. With over 40 books published, he's a member of the Guild of Motoring Writers in the UK, the SAH in America, and the RJC and JAHFA in Japan. 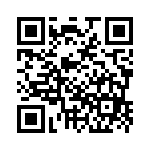