Still one of the best books on Algebra, thanks to Google, rediscovered after missing a generation or two.

E. V. Rieu (1887-1972) was founder editor of The Penguin Classics
from 1944-1964, translated all of Homer into modern English, and
wrote this verse about Hall & Knight’s 1885 schoolbook, Algebra:
Hall and Knight, or 'z+b+x = y+b+z'
When he was young his cousins used to say of Mr Knight:
'This boy will write an algebra - or looks as if he might.'
And sure enough, when Mr Knight had grown to be a man,
He purchased pen and paper and an inkpot, and began.
But he very soon discovered that he couldn't write at all,
And his heart was filled with yearnings for a certain Mr Hall;
Till, after many years of doubt, he sent his friend a card:
'Have tried to write an Algebra, but find it very hard.'
Now Mr Hall himself had tried to write a book for schools,
But suffered from a handicap: he didn't know the rules.
So when he heard from Mr Knight and understood his gist,
He answered him by telegram: 'Delighted to assist.'
So Mr Hall and Mr Knight they took a house together,
And they worked away at algebra in any kind of weather,
Determined not to give up until they had evolved
A problem so constructed that it never could be solved.
'How hard it is', said Mr Knight, 'to hide the fact from youth
That x and y are equal: it is such an obvious truth!'
'It is', said Mr Hall, 'but if we gave a b to each,
We'd put the problem well beyond our little victims' reach.
'Or are you anxious, Mr Knight, lest any boy should see
The utter superfluity of this repeated b?'
'I scarcely fear it', he replied, and scratched this grizzled head,
'But perhaps it would be safer if to b we added z.'
'A brilliant stroke!', said Hall, and added z to either side;
Then looked at his accomplice with a flush of happy pride.
And Knight, he winked at Hall (a very pardonable lapse).
And they printed off the Algebra and sold it to the chaps.
E. V. Rieu

Page 13 - Crown 8vo. lor, 6d. A TREATISE ON SPHERICAL TRIGONOMETRY. New Edition, enlarged. Crown 8vo. 4*. 6d. PLANE CO-ORDINATE GEOMETRY, as applied to the Straight Line and the Conic Sections. With numerous Examples.
Appears in 507 books from 1834-2006
Page 3 - BROOK-SMITH (J.)— ARITHMETIC IN THEORY AND PRACTICE. By J. BROOK-SMITH, MA, LL.B., St. John's College, Cambridge ; Barrister-at-Law ; one of the Masters of Cheltenham College. New Edition, revised.
Appears in 269 books from 1834-1892
More
Page 32 - EUROPEAN HISTORY. Narrated in a Series of Historical Selections from the Best Authorities. Edited and arranged by EM SEWELL and CM YONGE. First Series, 1003 — 1154. Third Edition. Crown 8vo. 6s. Second Series, 1088—1228. Crown 8vo. 6s. Third Edition. " We know of scarcely anything which is so likely to raise to a higher level the average standard of English education.
Appears in 458 books from 1834-2006
Page 24 - GRAY— STRUCTURAL BOTANY, OR ORGANOGRAPHY ON THE BASIS OF MORPHOLOGY. To which are added the principles of Taxonomy and Phytography, and a Glossary of Botanical Terms.
Appears in 239 books from 1873-2006
Page 4 - Prize Essay for 1877. 8vo. &r. 6d. SMITH— Works by the Rev. BARNARD SMITH, MA, Rector of Glaston, Rutland, late Fellow and Senior Bursar of St. Peter's College, Cambridge. ARITHMETIC AND ALGEBRA, in their Principles and Application ; with numerous systematically arranged Examples taken from the Cambridge Examination Papers, with especial reference to the Ordinary Examination for the BA Degree.
Appears in 451 books from 1834-2007
Page 18 - THE FIRST THREE SECTIONS OF NEWTON'S PRINCIPIA, With Notes and Illustrations. Also a collection of Problems, principally intended as Examples of Newton's Methods. By PERCIVAL FROST, MA Third Edition.
Appears in 327 books from 1834-2006
Page 21 - LESSONS IN ELEMENTARY CHEMISTRY, INORGANIC AND ORGANIC. By HENRY E. ROSCOE, FRS, Professor of Chemistry in Owens College, Manchester. With numerous Illustrations and Chromo-Litho of the Solar Spectrum, and of the Alkalies and Alkaline Earths. New Edition. Fcap. 8vo. 4*. 6d. , '* As a standard general text-book it deserves to take a leading place." — SPECTATOR. *' We unhesitatingly pronounce it the best of all our elementary treatises on Chemistry,
Appears in 338 books from 1834-2006
Page 8 - CLIFFORD— THE ELEMENTS OF DYNAMIC. An Introduction to the Study of Motion and Rest in Solid and Fluid Bodies.
Appears in 362 books from 1862-2006
Page 30 - Stands alone as the one general history of the country, for the sake of which all others, if young and old are wise, will be speedily and surely set aside.
Appears in 271 books from 1829-2006
Page 7 - BOOLE— Works by G. BOOLE, DCL, FRS, late Professor of Mathematics in the Queen's University, Ireland. A TREATISE ON DIFFERENTIAL EQUATIONS. Third and Revised Edition.
Appears in 306 books from 1834-2006
Less 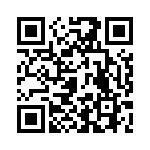