Page 80 - Every central conic has a second focm and directrix ; and the sum of the focal distances of any point on the curve...
Appears in 17 books from 1871-1941
Page 48 - To draw that diameter of a given circle which shall pass at a given distance from a given point. 9. Find the locus of the middle points of any system of parallel chords in a circle.
Appears in 55 books from 1860-1993
More
Page xxxvii - ... solidity of the pyramid will still be equal to one third of the product of the base multiplied by the altitude, whatever be the number of sides of the polygon which forms its base- • hence, the solidity of the cone is equal to one third of the product of its base multiplied by its altitude.
Appears in 12 books from 1834-1964
Page xxiii - The angles at the base of an isosceles triangle are equal to one another; and if the equal sides be produced, the angles -upon the other side of the base shall be equal.
Appears in 200 books from 1806-2007
Page 42 - The triangle whose angular points are the focus of a conic and the intersections of the tangent and the diameter at any point with the axis and the directrix respectively has its orthocentre at the point in which the tangent meets the directrix.
Appears in 12 books from 1881-2005
Page xlv - ... or scalenous, if the axis does not form a right angle with the base. If a cone is cut parallel with its base, the section, of course, is a circle : if, however, the section is made obliquely, that is, nearer to the base at one...
Appears in 8 books from 1830-1881
Page 225 - The radius of curvature at any point of a parabola is double of the portion of the normal intercepted between the curve and the directrix.
Appears in 12 books from 1871-2007
Page 211 - If a point move in a plane in such a way that the sum or difference of its distances from two fixed points...
Appears in 9 books from 1869-1896
Page 212 - Two circles have double internal contact with an ellipse,! and a third circle passes through the four points of contact. If t, ft T be the tangents from any point on the ellipse to these three circles, prove that T* = #'. 579.
Appears in 9 books from 1866-1916
Page 355 - In like manner it may be shewn that the two pairs of opposite sides of a quadrilateral inscribed in a conic make intercepts on either minor directrix which subtend supplementary angles at the centre.
Appears in 8 books from 1847-1938
Less

Charles Taylor works creatively with material drawn from both analytical and Continental sources. He was born in Montreal, educated at McGill and Oxford universities, and has taught political science and philosophy at McGill since 1961. He describes himself as a social democrat, and he was a founder and editor of the New Left Review. Taylor's work is an example of renewed interest in the great traditional questions of philosophy. It is informed by a vast scope of literature, ranging from Plato to Jacques Derrida. More accessible to the average reader than most recent original work in philosophy, Taylor's oeuvre centers on questions on philosophical anthropology, that is, on how human nature relates to ethics and society. Taylor develops his themes with an engaging, historically accurate insight. 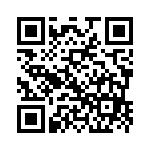