Isn't Dolores Ashcroft-Nowicki a witch? Anyway, if you need to know about Servitors and Thoughtforms, this books is a start.

Dolores Ashcroft-Nowicki is one of the most respected and experienced esoteric practitioners currently at work in the British Isles. Dolores was born in Channel Island of Jersey off the coast of France. She was trained in the Fraternity of the Inner Light and worked as a Cosmic Mediator with Walter Ernest, the Grand Maistre of British Occultism. Dolores is a third degree adept and Qabbalist.

She not only teaches the Craft but also is the current director of the Servants of the Light, a Hermetic order descended from Dion Fortune's Society of the Inner Light. She travels extensively, teaching a wide range of occult subjects to pupils in both the U.K. and United States. Ashcroft-Nowicki lives in Channel Island of Jersey with her Husband.


J. H. Brennan(Ireland) is the acclaimed author of over 90 books, both fiction and non-fiction, including Forbidden Truth, The Alien's Handbook, and The Spy's Handbook(all published by Faber & Faber), Death: The Great Mystery of Life (Carroll & Graf), Martian Genesisand The Atlantis Enigma(both published by Dell), The Magical I Ching and Time Travel (both published by Llewellyn), and the popular Book of Wizardry (Llewellyn) under the alias Cornelius Rumstuckle. His works have appeared in more than fifty countries in Europe, Asia, North and South America, and Australia.

He resides in County Carlow, Ireland with his wife and ten cats. 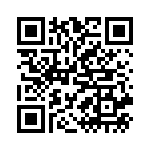