Richard Johns is an Instructor in the Department of Philosophy, University of British Columbia. 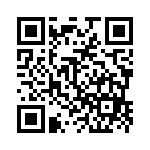